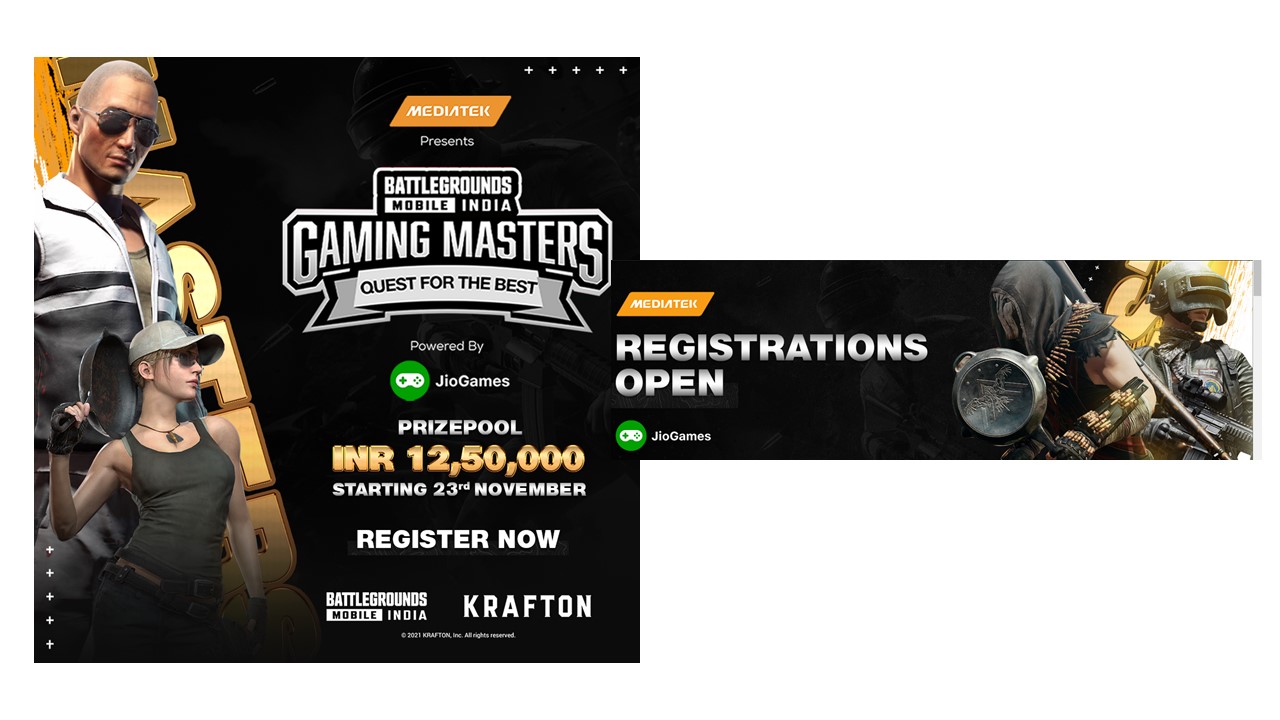 Can play ‘Battlegrounds Mobile India’ on all phones

Jio and MediaTek have joined hands to launch Gaming Masters 2.0, an esports event with one of the most popular game titles, Battlegrounds Mobile India

MUMBAI, Nov 13 (The CONNECT) - Jio and MediaTek have joined hands to launch Gaming Masters 2.0, an esports event with one of the most popular game titles, Battlegrounds Mobile India (BGMI).

the second season of Gaming Masters is set to commence on November 23 after a successful run in the first season with Free Fire earlier this year,

which attracted over 14,000 team registrations, a press release said.

MediaTek has been at the forefront of online gaming in India, enabling an incredible gaming experience for Indian smartphone consumers with its MediaTek Dimensity 5G series and MediaTek Helio G series chipsets, which are equipped with advanced MediaTek HyperEngine Gaming Technology.

Gaming Masters will feature Krafton’s hit battle royale game title, Battlegrounds Mobile India, which will be made available to both Jio and non-Jio users via the JioGames platform.

The tournament will test the gamers’ skills, teamwork, and endurance in a virtual gaming arena while they have their eyes set on the prize pool of ₹12,50,000

There is a ‘Play & Win Daily’ series where gamers can participate every day, get rewarded, and also stand a chance to compete with professional teams for the ultimate championship