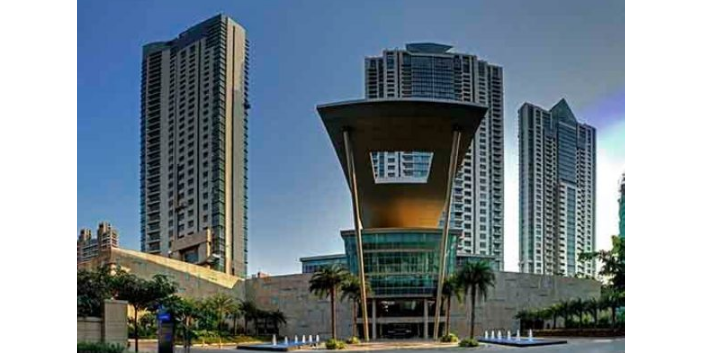 Bizbuzz reached out a cross section of the realty industry to find out their take on the state of the business. Here are the responses from Ashwin Sheth CMD, Ashwin Sheth Group

How was the year gone by for the real estate/infra industry – in terms of sales and new project launches. Can you please list a few launches and the category of projects – luxury, affordable etc., - and the locations?

The Indian Realty Sector is finally on the road to recovery with the government encouraging foreign investors through advance policies to boost the economy. While luxury housing has held a strong footing in the realty market, the consumer preference has seen a perceptible change with growing demand for affordable and mid segment homes. The overall market has seen sales and launches at their highest level since the demonetisation period at approximately 124,000 and 92,000 units respectively in the first half of 2018 [1] and a sales growth of 6 per cent in the second half of 2018 as compared to the previous year, with close to 242,328 residential units sold across the country[2]. The total number of new units launched in the second half of the year was estimated to be 182,207, higher by 75 per cent when compared to 2017 [2], which is validation that the market is set for a positive transformation. This performance has been catalyzed by the progressive reforms such as demonetization, RERA, and GST which have cleaned up the sector, made it more mature and transparent, and streamlined business processes. Additionally, the government has also worked towards developing the infrastructure through rail and road projects along with making business processes easier for basic and social infra to flourish.

With the dearth of land in the southern node of the island city, developers have explored new avenues in markets such as Thane, Mulund, and Kanjurmarg on the central side for luxury and mid segment homes which offers excellent connectivity along with a vibrant social infrastructure. While on the western side, we have seen premium projects dotting the skyline of areas such as Borivali and Dahisar.

In 2018, Ashwin Sheth Group launched Giona tower, a part of luxury project Montana, Mulund (W). The property has received a great response from homebuyers with genuine inquires and lead conversions.The group also launched an uber luxury project Sheth Avalon at Thane in partnership with celebrity designer Sussanne Khan who will be lending her design expertise for the club house space, luxe amenities and common lobby.

Do you appreciate the point that infrastructure development is important for the growth of realty? What according to you are key infra issues that weigh the customer’s mind while looking for a house?

Infrastructure development plays a crucial role in boosting realty and property appreciation. Property investors majorly look at the social and civic infrastructure of a location which is of paramount importance in defining the quality quotient. Homebuyers are always concerned with factors such as electricity and water supply, rail and road connectivity, proximity to schools, colleges, malls and hospitals. Areas that are well equipped with the necessities to provide a high standard of living have high value proposition for the customers.

The government has initiated several infra projects such as metro, coastal road and Bandra Versova Sea Link. Do you agree that these will help create a positive sentiment for realty industry?

The government has been rigorous in its approach to develop the infrastructure of the country. With the aim to achieve world class infrastructure, numerous projects have been launched which will extensively contribute to the betterment of the cities. For instance, the proposed Goregaon-Mulund link road will cut down peak hour travel from Goregaon and Mulund from over 2 hours to just 15 minutes. Similarly there are various projects undertaken by the government to improve connectivity that will decongest the roads, save travel time and make travelling faster and easier.

The proposed Ghatkopar-Mulund metro will connect Ghatkopar railway and metro station, providing an interchange with the Versova-Ghatkopar line. The line will connect to important places like the Ghatkopar bus depot, the eastern express highway and the Mulund suburban town. This will help reduce the traffic and congestion on the road and save travel time, making it faster and more convenient for people while commuting. Also, the anticipated Coastal road, which is a 29.2km long freeway along Mumbai’s western coast line will be connecting Marine Lines in the South to Kandivali in the North. This will reduce the travel time by 20 minutes and a vehicle taking the highway would save a third of the fuel daily which will inturn reduce the carbon footprint by 1,826 tonnes of carbon dioxide per year. Homebuyers will have more options while house hunting and with the upcoming metro lines, they will have access to every corner of the city.

Has RERA helped in bringing about or improving transparency?

RERA has been instrumental in bringing a revolutionary change in the real estate sector by driving the developers to be more efficient and ensuring timely delivery of projects. It has not only protected the interest of the buyers but also enhanced the transparency in transactions and credibility of the developers. Despite the initial turbulence, RERA has restructured the sector through its stringent compliance norms which has been beneficial in reviving the confidence of the potential homebuyers.

Do you feel this is the right time to buy?

In the current market, the residential space is definitely the best performing asset of the realty sector. The affordable and mid-segment housing have now picked up pace and have become the first choice of young buyers. However, when it comes to buying a house, it certainly depends on an individual’s motive for purchase which varies from investments, disposable income, renting etc. If an individual has seeked a reliable developer, is satisfied with a locality and is free of financial constraints, then it is the right time to purchase a property.

One line on how do you think the New Year will pan out for realty/infra industries since the construction industry contributes handsomely to the GDP?

Certainly, this sector has been one of the largest contributors to the Gross Domestic Product (GDP) of the country which witnessed a growth of 7.3%, up from 6.68% in 2017-18 and is expected to accelerate further by 20 base points in the year 2018-19[3]. With the present track of the industry, we can expect to see a more developed market with timely delivery of excellent products which makes the future of this sector look optimistic.